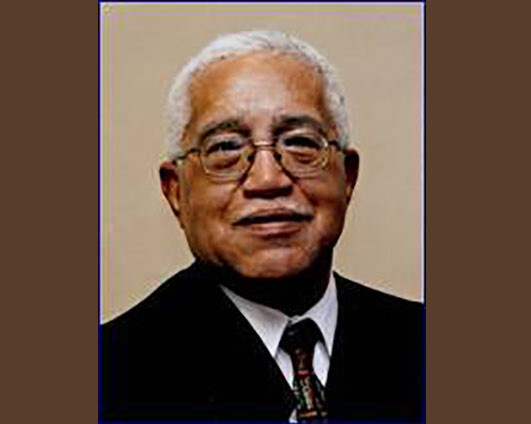 Judge Arthur L. Burnett, Sr. (Retired) is the National Executive Director, National African American Drug Policy Coalition, Inc. He is a graduate from Howard University summa cum laude with a major in political science and minor in economics. In his junior year he was elected to Phi Beta Kappa. He then attended New York University School of Law in a six-year college-law combination program, receiving his college degree in October 1957 after finishing Howard’s four (4) years requirement by attending classes in the summers of 1956 and 1957, and receiving his law degree in June 1958 from New York University, graduating in the top 10% of his class and as a Founders’ Day Award Recipient. He was also Associate Research Editor of its Law Review. Thus, he finished seven (7) years of college and law school academic studies in six (6) years.

He commenced his legal career in the Attorney General’s Honors Program at the United States Department of Justice in the Criminal Division in June 1958. He then entered military service in November 1958 for a two-year active duty tour eventually becoming a Second Lieutenant in the Adjutant General Corps and receiving the Army Commendation Medal from the Secretary of U.S. Army for his exceptional performance of duty. Shortly after returning to the Department of Justice, in January 1961 he became liaison from the Criminal Division to the Attorney General of the United States to keep him and the Deputy Attorney General advised of all the major criminal cases and also to monitor the Martin Luther King Civil Rights Movement and to keep them advised of any significant law enforcement and criminal law aspects connected to that movement. In April 1965 he became an Assistant United States Attorney in Washington, D.C. In December 1968 he became the first General Counsel – then called Legal Advisor – of the Metropolitan Police Department in the District of Columbia.

While retaining the status of a Senior Judge, on August 1, 2004 he took a Sabbatical from the Bench and assumed the position of National Executive Director of The National African American Drug Policy Coalition, Inc. in which position he now serves. He served as an Adjunct Law Professor in Trial Advocacy at Howard University School of Law from 1998 – 2011. He also served as an Adjunct Law Professor at the Columbus School of Law, Catholic University, teaching appellate advocacy from 1997 to 2008. On February 15, 2013 he officially completely retired from the Superior Court of the District of Columbia.

Throughout his almost 57-year professional career, he has received numerous awards. While working as an Adviser directly to Attorney General Robert F. Kennedy, in 1963 he received the Sustained Superior Performance Award for his work in keeping the Attorney General advised of developments in major government corruption cases and in monitoring the Martin Luther King Civil Rights Movement. In December 1978 he was Awarded the Distinguished Civil Service Award for his work in advising the old U.S. Civil Service Commission and the President of the United States in securing the passage of the Civil Service Reform Act of 1978.

In 1999 he was recognized as being one of the three (3) Most Outstanding General Jurisdiction Judges hearing all types of cases in America by the American Bar Association’s National Conference of State Trial Court Judges for his judicial performance on the Superior Court of the District of Columbia.

Finally, in 2010 he was recognized by Cambridge’s Who’s Who as one of the most knowledgeable experts in the United States on the drug laws and policies of this Nation and the application of the criminal and juvenile justice system and related healthcare issues involving treatment for substance use disorders and mental health conditions. He retired completely from the judiciary on February 15, 2013 and continues to serve as the National Executive Director of the National African American Drug Policy Coalition, Inc. and as a citizen volunteer advisor to several offices in The White House and to a number of Federal Government Departments and Agencies, and he was recently appointed by the Mayor of the District of Columbia to a part-time position as a Member of the District of Columbia Commission on Fathers, Men and Boys. He also serves on a number of other non-profit entities dealing with youth, substance abuse, mental health conditions, and juvenile and criminal justice issues.